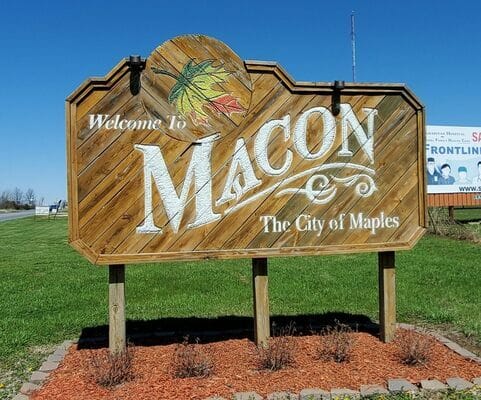 After the Resignation of the Mayor of Macon, Scott Bigham on Wednesday. The Macon County Home Press reached out to the Mayor Pro Tempore Tony Petre as to how the City shall proceed and for comments about the Resignation. The Mayor Pro Tempore is selected by the City Council annually by vote of the Council to “serve out the duties of the mayor, at this point and time”. When asked if there have been any decisions about how the city will fill the position of Mayor, “We have reached out to multiple sources for direction on how we handle this, what I know is, at this point in time, the Mayor Pro Tem takes on the duties as the Mayor until the Council makes an appointment to the position of Mayor.” If the City Council decides to appoint a mayor, “to my understanding, it can be anyone qualified to run of the city office of Mayor.” The next election cycle for Mayor is in 2026. When asked if this discussion would be made in open Council “to the best of my knowledge. That does not fall into any of allowable closed-session purposes”. So, it will be in open public discussion. This will be addressed in the next regular council meeting; they may hold a special council meeting in the next few days to get council involved after they have gathered information to address it in the next regular council meeting.

When asked if Mayor Bigham is now officially not the Mayor of the City of Macon, “The resignation letter signed by Scott Bigham makes his resignation official” When asked for a response to the letter of resignation from Mayor Bingham, “It is very unfortunate for the City of Macon, this leaves a scar on our community, we will get through it. I am confident in our Council and Administration to positively move forward.” When asked of Councilman Petre believed there was any validity to the claims, that former Mayor Bigham made in his resignation letter. “The City Council was never notified as to any issues regarding the claims in the letter. The claims of being blind-sided and embarrassed are based on feelings. There are certain actions that the council is required as to how business is handled and that has to be in open meetings”. When asked as to the claims that the city was trying to take away some authorities of the mayor after he was elected. “By statue, the roll of a mayor in a third-class city is much more limited than the roll in a larger city such as Chicago or New York. The roll of the mayor is primarily focused on running the council meetings and supervising the City Administrator. The changes passed by council amending the city administrators’ duties, merely clarified the issues outlined in state statue. No powers were taken from the mayor. The Mayor apparently did not understand that he was also a member of the City Council, the Mayor seat is part of the City Council. So, when it is addressed as City Council that includes the mayor. Changing the term from Mayor and City Council to City Council is just making it grammatically correct. The mayor is not separate from the Council, several attempts were made to explain this to the former Mayor at city government meetings, explaining how cities of the third-class functions as a team, Mayor, Council and City Administrator. We have the City Administrator from form of government and that position is there to manage the day-to-day operations of the city and carry out goals and expectations laid out by the council which includes the Council and Mayor. There had been difficulty in recent months since he took office, with regards to the direction he wanted to go, versus the direction the council wanted to go. Leaving the City Administrator in the unfortunate situation of not knowing the direction she was to take.” When asked, as in this case, was it true that the direction the City Administrator was to take, is the direction from the City Council, Councilman Petre replied “that is correct, no one person in the entire council or Mayor has ultimate power or authority, it is a one voice, the council votes and that has all the power, when the council passes or takes a vote that is the ultimate authority that lies in the city.” To clarify, if the mayor does have one vote of the council? “that is incorrect, the Mayors duties are to run the meeting, set the agenda, make board appointments and then work in cooperation of the city administrator in the operations of the City. The mayor would only vote in the event of a tie vote.”

The Macon County Home Press has recached out to the former Mayor Scott Bingham for comment but has yet to make a connection. We will do our best to keep you informed as updates are available.

Be Extra Vigilant When Driving In Inclement Wea...