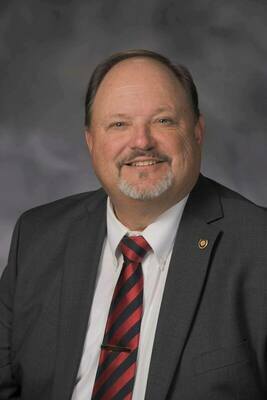 We are in that part of session (last two weeks) when bills from the Senate are being heard and passed in the House and bills from the House are being heard and hopefully passed in the Senate. Some of our caucus priorities like protecting individual’s rights from vaccine mandates, protecting the most vulnerable like the unborn and those being trafficked, protecting and securing the voting process, important ag related bills and many education related bills are being heard on the opposite chambers floor. These bills when passed will then be sent to conference if they have passed both chambers but have differences between the House version and the Senate version. We have only two weeks left and big items like the budget and congressional redistricting is not complete. I hope that some of our priorities make it through this long process.

Senate Bills Approved by the House

SB 820 is a wide-ranging utilities bill that establishes the Task Force on Distributed Energy Resources and Net Metering, to conduct hearings and research information related to net metering. The bill also specifies that no deed restriction, covenant, or similar binding agreement running with the land shall limit or prohibit the installation of solar panels or solar collectors, as defined in the act, on the rooftop of any property or structure.

Some of the other amendments added by the House would help expand broadband internet access across Missouri, protect the private information of public utility customers, allow homeowners to install solar panels on their home without the need for special certification as long as they are following applicable building codes, create parity between traditional investor-owned utility companies and solar utility companies, establish the Task Force on Fair, Nondiscriminatory Local Taxation Concerning Solar Energy Systems, and establish the Missouri Nuclear Clean Power Act.

The bill now heads back to the Senate where the other chamber can either accept the changes made by the House or ask for a conference where representatives from both bodies will meet to iron out their differences.

HBs 3002 – 3013, 3015 are appropriations bills that make up the bulk of the Fiscal Year 2023 state operating budget. The bills were approved this week by the Senate with several significant changes made. In total, the Senate added more than $1.2 billion in spending to the plan approved by the House. The two sides will now meet to reach a compromise on the spending plan that must be completed by Friday, May 6.

Bills Headed to the Governor’s Desk

HB 1725 changes the laws regarding requirements of lodging establishments. Currently, lodging establishments are not liable for the loss of certain specified items, such as money or jewelry, unless the guest asks that the item be placed in a safe and the lodging establishment refuses or omits to do so. This bill states that the hotel may use a safe or safe deposit boxes located behind the registration desk and when deposited into a safe, must give the guest a receipt for the item. The bill also specifies that any lodging establishment that publishes current rates electronically on a public Internet platform does not have to post a written copy of the rates charged for each guest room.

HB 3001 is an appropriations bill that allocates funding to pay the state’s debt obligations.