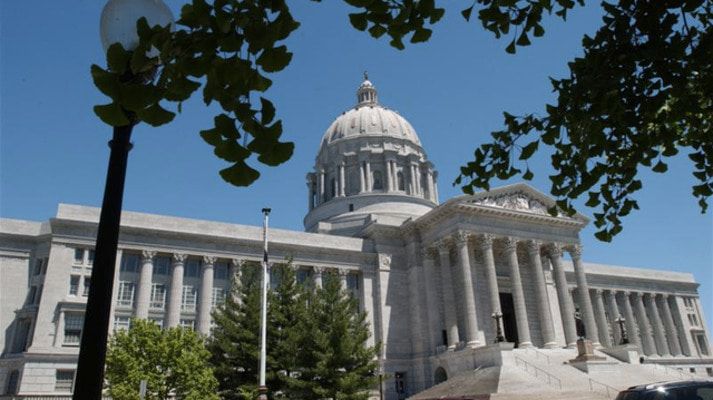 Missouri Attorney General Eric Schmitt is leading the coalition, which marks the first states to file suit against the vaccine mandate on private employers. The lawsuit challenges the Emergency Temporary Standard propagated by the Occupational Safety and Health Administration which requires private employers with 100 or more employees to mandate their employees to get vaccinated or implement weekly testing and mask requirements. Non-compliant businesses could face steep fines.

A U.S. federal appeals court issued a stay Saturday freezing the Biden administration's efforts to require workers at U.S. companies with at least 100 employees be vaccinated against COVID-19 or be tested weekly, citing "grave statutory and constitutional" issues with the rule. This ruling from the United States Court of Appeals for the Fifth Circuit comes after numerous Republican-led states filed legal challenges against the new rule, which is set to take effect on Jan 4. Another federal court declined Friday to lift its stay on the Biden administration’s vaccine mandate for businesses with 100 or more workers.

According to the Missouri Department of Labor and Industrial Relations, there are 3,443 private employers in Missouri with over 100 employees, meaning that roughly 1,289,588 employees could be impacted by this vaccine mandate.

Attorney General Eric Schmitt said, “The federal government should not be forcing private employers to require their employees to get vaccinated or foot the cost to test those employees weekly. Local business owners have told me that the vaccine mandate would decimate their businesses, including some that have been around for decades, and they’re certainly not alone – there are thousands of businesses in Missouri alone that could be negatively affected by this mandate”.

Schmitt added that he filed the lawsuit to “protect personal freedoms, preserve Missouri businesses, and push back on bureaucratic tyrants who simply want power and control.”

The lawsuit is asking the court for an immediate stay pending judicial review.

Missouri continues to make positive strides toward a vibrant economy as it recovers from the impact of the COVID-19 pandemic. Gov. Mike Parson this week pointed to decreases in unemployment and continued business expansion as proof that the state is on the right track with its recovery.

Parson said, "Throughout the pandemic, we took a balanced approach that protected the health and safety of Missourians without sacrificing their livelihoods. We didn't force businesses to shut their doors or Missourians out of the workforce.”

He added, “Thanks to our common sense measures, Missouri is now in a strong economic position with a 3.8 percent unemployment rate, thousands of new jobs created, and billions of dollars in business investment."

In the early months of the COVID-19 pandemic, Missouri's metropolitan areas experienced sharp job losses. Since then, Missouri has recovered 77 percent of all jobs lost during the pandemic, outpacing five of Missouri's bordering states. Despite the challenges of COVID-19, companies continued to invest and expand in Missouri, with over $3.6 billion in new business investment and more than 12,500 new jobs created.

Missouri’s revenue numbers continue to be strong as well. General revenue collections for October 2021 increased 22.7 percent compared to those for October 2020, from $631.9 million last year to $775.3 million in 2021. The state continues to be on pace to fully fund the state operating budget.

"Our general revenues are up and businesses are investing in Missouri, showing producers and consumers alike are confident in the direction of Missouri's economy," said Parson. "Even though we are seeing success, with more than 129,000 job openings across the state, we still have work to do. We are continuing our investments in our talent pipeline that drives Missouri's economy and brings opportunity to all Missourians. We are moving forward in this state."

Joint Committee Investigates Issues within the Department of Social Services

Lawmakers from both chambers came together this week to ask questions about the many issues that continue to plague the state’s Department of Social Services. The members of the Joint Committee on Child Abuse and Neglect held a public hearing in the State Capitol building to allow the new acting department director to outline changes he is making to improve the department.

Legislators have been highly critical of the department over the last year as it has had several serious issues come to light within its Children’s Division that have put children in harm’s way. The department took heavy criticism for ignoring allegations of abuse and neglect at unlicensed youth residential facilities. The issue prompted lawmakers to approve legislation to provide additional oversight for the unlicensed religious reform schools.

Members of the House and Senate also took issue with recent news that the department was failing to adequately report missing foster children. A federal watchdog group’s review of 59 cases in 2019 found that almost half the case files showed children were not properly reported as missing. In failing to do so, the department violated both federal law and state policy.

The new acting director of the department told the committee he has started a 90-day evaluation of the department. As part of that process, he will travel across the state and take input from the department’s frontline workers. The new director also said the department is working to upgrade its Family and Children Electronic System. He said upgrading the system will greatly reduce the amount of time case workers have to devote to paperwork.

The chair of the Joint Committee on Child Abuse and Neglect said the hearing was held in the spirit of accountability and moving forward. She told the department that she and her colleagues hope to see change and good outcomes for kids.

During the hearing, lawmakers also heard about other concerns within the department including a worker shortage and low morale. Legislators noted they had approved a three percent pay raise for Children’s Division case workers, but saw that increase vetoed by Gov. Parson. The new director asked legislators to work with him to help get a new compensation strategy across the legislative finish line in 2022.

As one member of the committee said, “If we don’t have a strong Children’s Division, our kids lose.”

Road to Close for Patching on Routes in Shelby ...