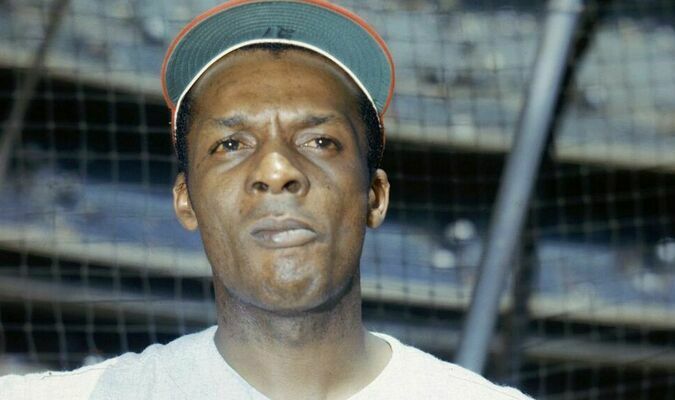 WASHINGTON – Today, U.S. Senators Roy Blunt (Mo.) and Dick Durbin (Ill.), along with U.S. Representatives David Trone (Md.), Cori Bush (Mo.), Ann Wagner (Mo.), and Emanuel Cleaver, II (Mo.), sent a letter to the Chair of the Board of the National Baseball Hall of Fame urging the induction of All-Star baseball player Curt Flood into the Baseball Hall of Fame. Flood is well known for transforming professional sports when he challenged Major League Baseball’s (MLB) reserve system and helped create free agency within the MLB and other major sports leagues.

“I’m proud to stand with my colleagues and baseball fans nationwide in calling for Curt Flood’s induction into the National Baseball Hall of Fame,” said Blunt. “He had an incredibly successful career on the field, leading the Cardinals to two World Series championships and earning seven consecutive Gold Gloves. Guided by his principles, he made the brave decision to challenge the league’s reserve clause, knowing full well that it could jeopardize his career. If Curt Flood’s letter is in the Hall of Fame, Curt Flood should be there too.”

“Curt Flood had a remarkable career on and off the field. He risked everything to ensure players had a say in their careers by challenging the reserve clause. His life should be honored in the halls of Cooperstown so baseball fans, young and old, can learn about the impact he had on the game,” said Durbin.

“Curt Flood was a trailblazer in the world of professional sports and workers’ rights,” said Trone. “Flood stood up for what he believed in even though he knew it would mean the end of his career. If it wasn’t for Flood, professional athletes wouldn’t have free agency to own their own career. Let’s finally recognize Flood for both his incredible talent as a three-time all-star and his courageous and selfless efforts.”

“Today, St. Louis and I honor the legacy of Missouri’s own Curt Flood by recognizing his accomplishments and sacrifices in his relentless struggle to assert his rights against the MLB reserve clause,” said Bush. “I am proud to join my colleagues in urging Mr. Flood be inducted into the Baseball Hall of Fame to preserve his historic legacy and contributions.”

“Cardinals baseball is more than just a pastime for St. Louisans. Our team and its players have a profound impact on our community; however, perhaps no other Cardinal has made a larger impact on Major League Baseball than Curt Flood. Not only did he amaze fans with his talents on the field, Curt Flood also changed the way players are treated off the field. I am honored to join my colleagues in both the House and Senate to urge the Golden Era Committee to nominate and induct Curt Flood into the Major League Baseball Hall of Fame,” said Wagner.

“While Curt Flood was a phenomenal ballplayer, his most profound impact came off the field when he demanded major leaguers be afforded the fundamental right to have a say in where one lives and labors,” said Cleaver. “His principled stand changed the game of baseball for the benefit of everyone playing today, and his legacy is one that few in Cooperstown could match. I’m proud to join my colleagues in a bipartisan call for Curt Flood to be inducted into the Baseball Hall of Fame—an honor of which he is more than deserving.”

Last year, a bipartisan and bicameral coalition of more than 100 Members of Congress – including Blunt – celebrated the 50th anniversary of Flood’s accomplishments and sent a letter to the National Baseball Hall of Fame urging the induction of Curt Flood. Due to the pandemic, the Hall of Fame had to postpone their meeting last year, which will now take place this year.

After playing 12 seasons with the St. Louis Cardinals as a standout center fielder, Flood was traded to the Philadelphia Phillies in 1969. Mr. Flood refused to be traded, becoming the first player in MLB history to reject a trade. At the time, players were still bound to a team for life by the so-called “reserve clause.” Simply put, a player was a team's property. Mr. Flood demanded the Baseball Commissioner declare him a free agent on Christmas Eve 1969. Commissioner Kuhn denied Mr. Flood’s request, so he filed a lawsuit against the MLB. The case (Flood v. Kuhn) reached the Supreme Court in 1972. In a 5-3 ruling, the Court sided with the MLB and against Mr. Flood.