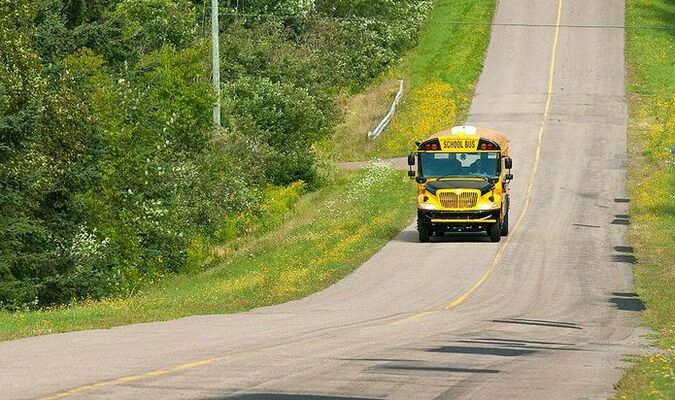 MACON, MO -- A collection of rural public schools in Northeast Missouri have banned together to fight what they are deeming to be harmful legislation to the well being of public education and especially the school districts in rural Missouri. Led by Hannibal School Board President, Mark Bross, board presidents from over 30 school districts in the 18th State Senate District have signed onto a resolution opposing Senate Bill 55 which was filed and is sponsored by State Senator Cindy O'Laughlin from Shelbina, Mo. "Whereas Senate Bill 55 and other similar bills both within the Missouri State Senate and the Missouri House of Representatives are harmful to public education," stated the resolution. Senator O'Laughlin chairs the State Senate Education Committee and represents the following counties in Northeast Missouri: Adair, Chariton, Clark, Knox, Lewis, Linn, Macon, Marion, Pike, Ralls, Randolph, Schuyler, Scotland, and Shelby.

Several school districts have adopted the resolution opposing Senate Bill 55 as well. Some of those districts include, Macon R-1, Palmyra, Hannibal, Kirksville, Moberly, Bowling Green, Canton, Ralls County, etc. Both South Shelby and North Shelby have also adopted the resolution condemning Senate Bill 55; both school districts are in Shelby County where Senator O'Laughlin resides. The Home Press spoke with several area superintendents in Senate District 18 regarding the proposed legislation. According to some, Senator O'Laughlin hasn't reached out to them and for those who have reached out to her, have yet to receive any confirmation that their concerns have been received. One superintendent stated that they were asked to provide feedback regarding the proposed legislation, provided several pages of concerns, and has yet to receive any communication that they were read. North Shelby Superintendent Kim Gaines stated that she met with Senator O'Laughlin toward the beginning of February. According to several social media posts, Senator O'Laughlin has visited within the last month, Hannibal, Canton, and North Shelby. We spoke with Shelby County R-lV Superintendent Troy Clawson who stated that Mark Bross (Hannibal Board President) has coordinated a meeting with Senator O'Laughlin along with more than three dozen public school officials in her district. South Shelby will be hosting the meeting.

To view the link of the resolution opposing Senate Bill 55, click on the following link: https://docs.google.com/document/d/1ikRPc3-IcKKjoV4kjzsbJeL2lbXZcPP1o2Ytl7Q57Pg/edit?usp=sharing

"I am open to your input and thoughts on some of the proposals included. What school administrators oppose is clear, but if you have any ideas to tweak portions of the legislation to make the proposals work better please let me know. I do think this bill has momentum," stated O'Laughlin in a released statement on social media after the resolution opposing SB55 became public initially by the Palmyra School Board.

The Senator's official statement can be viewed here: https://docs.google.com/document/d/1qFMCEKn7KgqjV0QKgLPxDZy2zl37aecq1eC1jl6z8aw/edit?usp=sharing

Senate Bill 55 looks to expand Charter Schools in the Show-Me-State in municipalities greater than 30,000 in population. Similar to House Bill 349, Senate Bill 55 also looks to establish tax credits for those who donate into a scholarship account which would allow students to attend a charter school. "A parent of a qualified student may establish an educational savings account to pay the qualified educational expenses of the student. The parent shall sign an agreement with the Board or an EAO to enroll the qualified student in a qualified school to receive an education for the student in certain subjects; not enroll the student, other than a student that is in the custody of the state, in a school operated by the qualified student's district of residence or in a charter school; release the district of residence from the obligation of educating the student while the student is enrolled in the program; use the Missouri Empowerment Scholarship Account money for only specified purposes; and not use the funds for consumable education supplies or tuition at a private school located outside of the state," states Senate Bill 55.

To view Senate Bill 55, click on the following link: https://www.senate.mo.gov/21info/BTS_Web/Bill.aspx?SessionType=R&BillID=54243591

To view House Bill 349, click on the following link: https://house.mo.gov/billtracking/bills211/hlrbillspdf/0711H.01I.pdf

To view the vote, click on the following link: https://house.mo.gov/BillTracking/PDFViewer/web/viewer.html?file=/billtracking/bills211/jrnpdf/jrn030.pdf#page=15