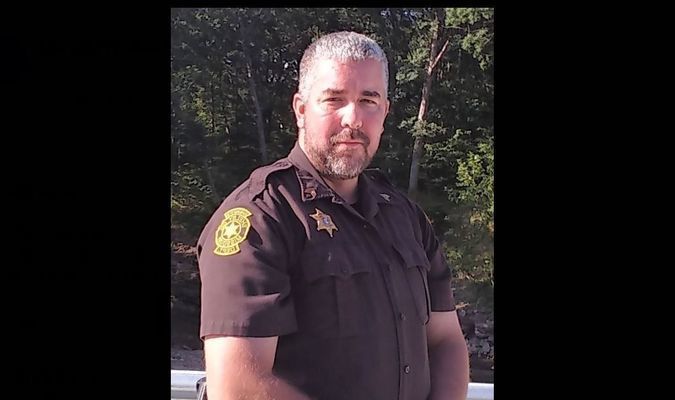 ANSWER: My name is Chris Ehrenreich, and I am running for Shelby County Sheriff. I began my career in Law Enforcement with the Shelbina Police Department in 2006 as a patrol officer, after graduating from the Law Enforcement Training Institute at the University of Missouri-Columbia. In March of 2008 I was offered and accepted a full time deputy position with the Shelby County Sheriff's Office, where I have been employed for the past 12 years.

QUESTION #2:​ ​Why are you running for sheriff?

ANSWER: I am running for sheriff because it has always been a dream, as well as a personal goal of mine to achieve ever since I started my career in law enforcement. I am also running for sheriff in hopes of being able to make a change for the better, not only within the department but within the community as well.

QUESTION #3:​ ​If you could improve one thing within the department, what would it be and why?

ANSWER: There is always room for improvement for everybody and everything no matter the job. One major improvement that I feel needs to be addressed and fixed, is the safety and security of the Shelby County sheriff’s office and it’s staff. The jail itself is old and it shows. The jail and the office area both need major improvement inside and out. If elected, I plan to look into ways to have a more secured facility in order to ensure the safety of my staff. I also plan to look into ways that would improve the jail and implement new policies that will make it a safer environment for staff and inmates.

QUESTION #4: ​What is something that has given you the experience to be sheriff?

ANSWER: I feel that the years of service as a sheriff deputy along with the experience and training I have received during this time, has given me the knowledge and experience that is absolutely necessary to be a good and effective sheriff. I also have the understanding of what it takes to run a sheriff's office and I am fully aware of the responsibility that comes with it.

ANSWER: In my mind, the most important thing about being sheriff is knowing how to be a good leader. It is also important for a sheriff to not only be trusted by their staff, but by the community as well. It is important for a sheriff to have an open minded approach and to be able to communicate clearly and effectively, as well as being willing to work with the community, their staff, and other agencies they work with. It is imperative that a sheriff knows how to take charge of and deal with situations that arise, and be able to resolve them as peacefully as possible.

ANSWER: I think the most pressing issue any small agency has to face is its budget. The lack of money prevents necessary growth and updates in important areas that need the growth and update, such as training and equipment. When it comes to equipment, officer safety has always been a major priority for me. Unfortunately the Shelby County Sheriff's Office isn't where it needs to be when it comes to that. Although the sheriff's office has done it's best to keep up with updates in equipment, there is still a lot of room for improvement. We can update and get better equipment through certain programs such as state surplus or grants without having to spend a fortune, but the money still needs to be available in the budget in order to take advantage of it. These types of programs haven't really been utilized by the Sheriff's Office, but if elected I plan on looking into and utilizing them. The Sheriff's Office budget does allow money for training, but the amount of money allocated always seems to be limited and used quickly. As a result, the majority of the training occurs within the department. Although we can meet the standard requirements the state requires us to have each year just by in-house training, the type of training we receive is limited when it comes to subject matter. I have always believed that a law enforcement agency is only as good as its training. I feel that because of the small amount that is allotted for training with the current budget, it's preventing important growth in areas that is necessary to have a properly and more efficiently trained department. Sometimes in order for a department to grow for the better of itself and the community it serves, a little bit of money has to be spent. I feel that the amount of money budgeted for training and equipment needs to be more than what it currently is, and I feel that all of this can be achieved while still being mindful of the taxpayers money.

ANSWER: As already mentioned before, I think the most challenging aspect would be the budget and being able to get it to a point that would allow necessary growth and change. I don’t expect it all to happen on my first day in office if elected, but hopefully over time I would be able to get it to a better point then where it currently is at, in order for that growth and change to occur.

QUESTION #8: How can you work more collaboratively with other law enforcement agencies within the area?

QUESTION #9: If elected, what is your biggest expectation for those below you?

ANSWER: If I am elected as sheriff my biggest expectation for those below me is for them to always remain professional, respectful, and courteous at all times towards the citizens of Shelby County, and to do their very best every single day.

ANSWER: As an elected official, it is important to be as transparent as possible and to be open minded and willing to listen to what others have to say when it comes to issues that rise up. I will always have an open door policy, and I will be willing to listen to and work with the public as much as possible if there are any questions or concerns they may have. I am a firm believer that communication and trust plays a huge role in unity.

ANSWER: I believe the Shelby County Sheriff's Office has always held itself to the highest standards of service and trust, and if elected I will continue to make sure that holds true. I will expect nothing less than that, from my office and staff at all times.

QUESTION #12: Why should the public trust(vote for) you as the chief law enforcement officer within the county?

ANSWER (for both Questions 12&13): I believe the majority of the citizens in Shelby County know who I am and what I stand for. I have worked diligently for the past 12 years serving and protecting the people of Shelby County, and I feel like I have proven what it takes to be sheriff through hard work and perseverance. I have always been honest and trustworthy towards everyone I meet, and I have always stood for what is right. Nothing will change that.

ANSWER: My current job is deputy sheriff with the Shelby County Sheriff's Office, with the rank of sergeant. If I'm not elected, I hope and plan to continue to work for the sheriff's office and serve the citizens of this county.

ANSWER: Over the past twelve years I have not only worked hard in hopes of being able to prove that I am the right choice for sheriff, but that I am also the right choice for the people and for the community as well. If elected I will continue to work hard for you, and continue to serve and protect the citizens of Shelby County with respect, honor, and dignity. On November 3rd, I would greatly appreciate your vote for sheriff.