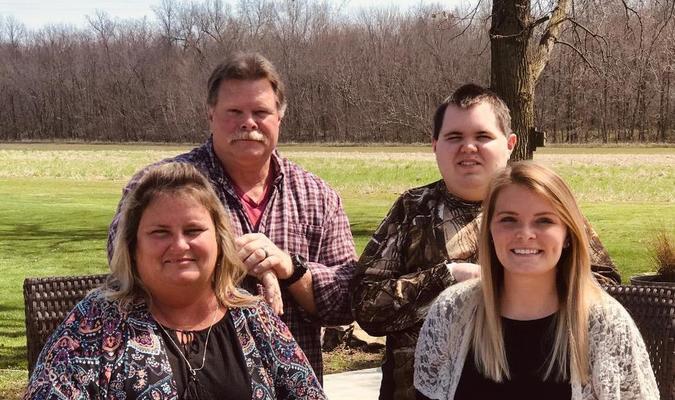 ANSWER: My name is Raymond Barton. My dad was in the U. S. Navy for 21yrs and 6 months, so I have grown up in several places. Primarily in Shelby County Missouri. I graduated from South Shelby High School and at the end of my senior summer, I went into the Navy. While in the military I have had the opportunity to work with and instruct personnel from all branches of service as well as foreign military. I have worked and trained with agencies such as the FBI, CIA, Secret Service, DEA, FDA, NCIS, as well as Foreign Militaries and Civilian Law Enforcement. I have 22 yrs and 6 months of active military service. I was hand picked to assist in some under cover work with agencies while stationed overseas. While on active duty I have received multiple awards/medals, awarded Master Instructor for the U. S. Airforce as well as Master Training Specialist for the U. S. Navy. I also earned an Associate’s Degree in Military Science. I have been assigned to multiple Presidential and VIP protection details. As for civilian law enforcement, I have been a Reserve Police Officer with different agencies in Missouri, California, and Washington State. I was a K9 Deputy for Monroe County Sheriff’s Department for approximately 4yrs. After that I worked for Blackwater and Triple Canopy as a private contractor. My duties were K9 Explosive Detection, Personal Protection Specialist. I was assigned to the Advanced Ambassador Detail while in Iraq for three tours. Currently I am the Police Chief for the City of Clarence. I have been here for just over 8 yrs. My role model has always been my dad. Even though he is not physically here any longer, he will always be with me and guide me to make the decisions I do. I will always strive to make him proud.

ANSWER: There are several reasons I am running for Sheriff. The bottom line is, this is where I chose to come back to and raise my kids. I feel there needs to be a change in how Shelby County interacts with other agencies both outside the county and within. I also feel there needs to be more empathy when dealing with the general public. I believe that with all my experience from multiple agencies and real-life scenarios, that I can achieve this.

ANSWER: Communication between the Sheriff’s Department and other agencies. I have had persons whom we have arrested that have made comments that they had heard Shelby county was a good place to hide because the law in that county doesn’t work together. This needs to change so the people in this county can feel safe in the knowledge that all law enforcement agencies are working together to keep them and their family safe.

ANSWER: It’s not the fact that I have years more experience that the other candidates, but more of the types of experiences and training I have had. I have been in charge of departments with only one or two officers as well as a department with over 350 personnel. I have supervised different aspects of law enforcement such as; Airport Security, Harbor Security, K9 Operations, Traffic divisions, Criminal Investigations Division, and Brigg (jail) Operations. I have dealt with Riots, Natural disasters, Counterintelligence Operations, Concert size events, and homicides. I have over 30 years combined experience to offer the citizens of Shelby County.

ANSWER: To have an open-door policy for your personnel and for the general public. To treat every as equals under the law. And to be honest with them.

ANSWER: In my opinion, it is twofold. The lack of cooperation between agencies that allow suspects to slip through our hands, and the lack of empathy for victims. People need to know that Law Enforcement are there to try and help, and yes sometimes arrest those that need it. Victims call the police because they need help, not a lecture. If elected, I can assure you that anyone who works for me will adhere to this or find another job.

ANSWER: Changing the way things are done and how the department is perceived. People need to know that if they call, someone will show up as quickly as possible no matter what it is. Even if the Sheriff has to take the call.

ANSWER: I expect them to adhere to the policies for the department and not to undermine the Sheriff’s Department. I will always have their backs until they prove I shouldn’t. I expect everyone to work together.

ANSWER: By taking the first step and admitting that one department cannot do it all. If elected, I will coordinate at the minimum a quarterly meeting of all agencies that operate within Shelby county. This will be open to anyone belonging to those agencies who wish to attend. This will not be a finger pointing session, but rather one that will allow people to express their concerns and hopefully provide solutions. Even the newest officer has something to offer. I attempted to have something like this about a year ago, but there always seemed to be a scheduling conflict with the same agency. Or maybe they didn’t feel it was worth their time. In my opinion, this would be extremely beneficial.

ANSWER: Law Enforcement has always been under the microscope. If not from the public, then from those in higher positions. One thing that has stayed the same is, the law is the law. Can I say that no one under my authority will ever do anything wrong? Of course not. Only a fool or liar would make that statement. All I can say is, I will do my best to ensure all my officers are properly trained. Not just in the law, but also in how to deal with people in general. What I can promise you, is that anyone breaking the law or violating an individual’s constitutional rights, will be dealt with under the rules of the law.

ANSWER: Because I’m not a politician. I believe in right and wrong no matter who is involved. I believe in fair and equal treatment for all. If change for the better is truly what the people want, then please vote for me. I am not afraid to ruffle a few feathers and will always have the best interest of the people at heart.

ANSWER: As stated already, my actual life experiences and training. And the fact that I truly believe in what I’m doing.

ANSWER: I am currently the Police Chief for the City of Clarence. I plan on doing this job for many years to come unless I’m elected as Sheriff of Shelby County.

ANSWER: I truly believe that I can and will make a difference in Shelby County if elected as your Sheriff. I have the desire and the drive to not only make the Shelby County Sheriff’s Department a better and more efficient agency, but I also will do my best to improve the relations between other agencies as well as the people of Shelby County. Other candidates have stated that they have more experience than anyone running for Sheriff. I can 100% state that none have the experience (both in training and actual field experience) than I have. I would appreciate your support and the opportunity to prove it. Thank you, Raymond Barton.

Headline picture of Raymond Barton (back left) alongside his family.