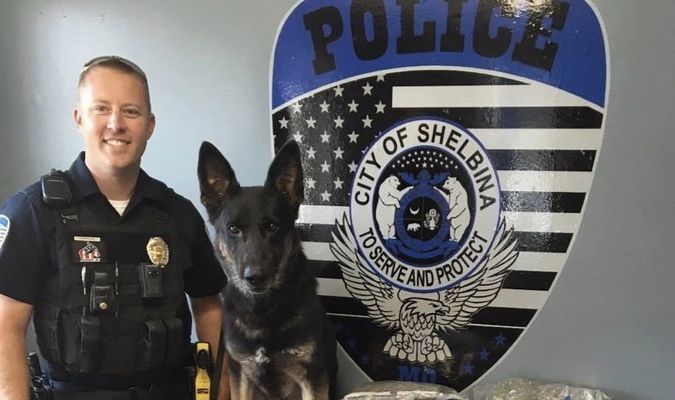 SHELBY COUNTY, MO -- Cole Hinshaw has officially withdrawn from the race for Shelby County Sheriff. Issuing a public statement on Facebook, Hinshaw is headed to the Missouri State Highway Patrol Academy and reports to Jefferson City in August of 2020. " I have accepted a position with the Missouri State Highway Patrol and will NO longer be seeking the position of Sheriff. This decision was not taken lightly. I have spent many sleepless nights worrying which one was best for me and my family. When I entered into this career field my plan was always to become a trooper. I believe God has put my mind at ease from the stress of worrying which decision to make when the day came. I am now sure I have made the right choice. I’m sorry to all my supporters but appreciate each of you more than you will ever know. My plan is to retire from the MSHP and return back to Shelby County and back on the ballot," stated Hinshaw.

Cole Hinshaw was one of four Republican candidates in the race. The other three are Brad Wilt, Arron Fredrickson, and Raymond Barton. Chris Ehrenreich is the only Democrat in the race. Matt Mefford is the only Independent in the race. The Republican Primary is this August and the winner will face Ehrenreich and Mefford in the November General Election. Hinshaw stated to the Home Press that he will not be endorsing any candidate, per policy of the patrol. Mr. Hinshaw would like to return to Shelby County as a patrolmen for the Missouri State Highway Patrol. Previously, Cole Hinshaw has worked at the Monroe County Sheriff's Office, Macon Police Department, Monroe City Police Department, and the Shelbina Police Department.

Additionally, Hinshaw stated, “K9 Zuko will be retired and I hope to keep him. We have built an inseparable bond and think he deserves a great retirement.“

According to the Shelby County Clerk's Office, due to ballots already being printed, Hinshaw's name will remain on the ballot even with the announcement of his withdraw. "My name will still be on the ballot but don't want people voting for me since I would not accept," stated Cole.

Headline picture of Cole Hinshaw and K9 Zuko of the Shelbina Police Department.

Macon's MLK breakfast canceled due to safety am...