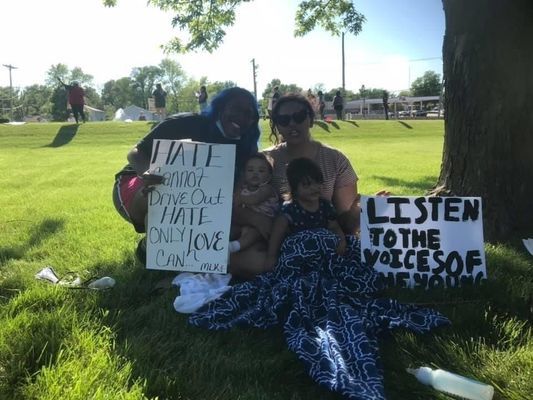 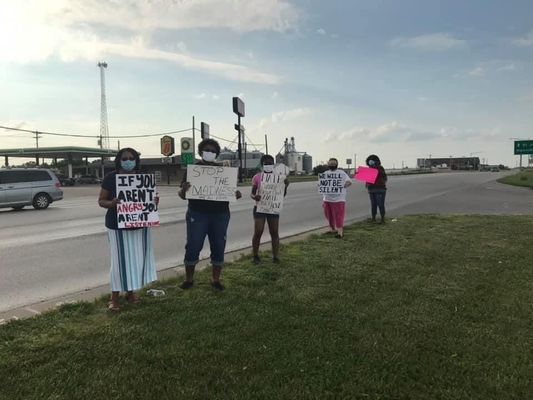 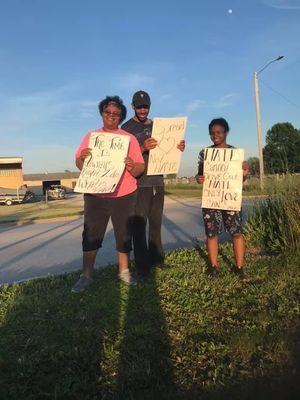 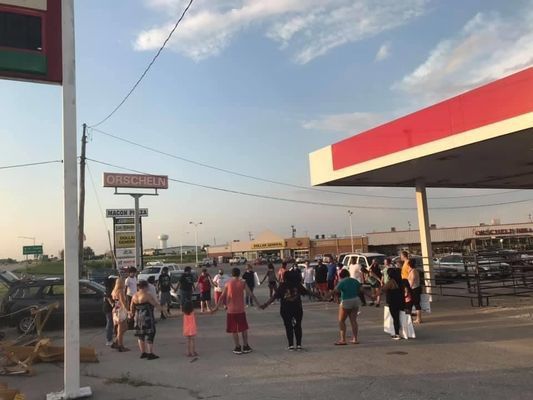 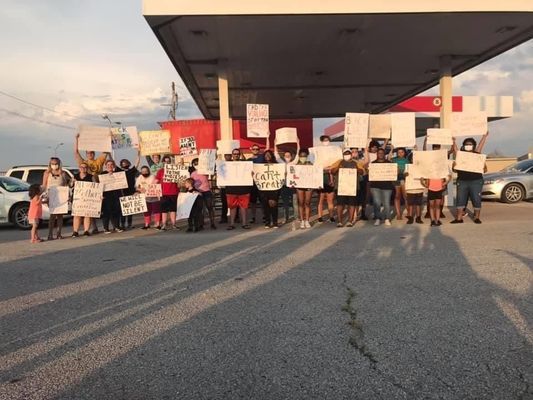 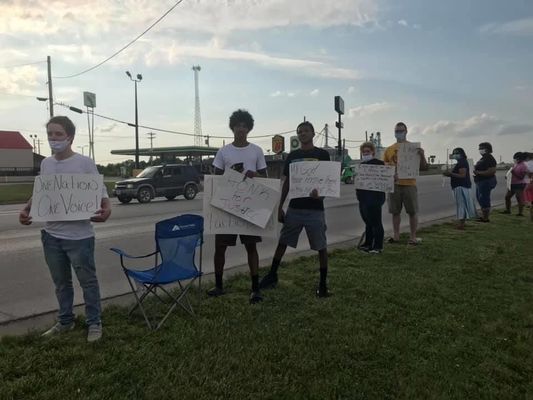 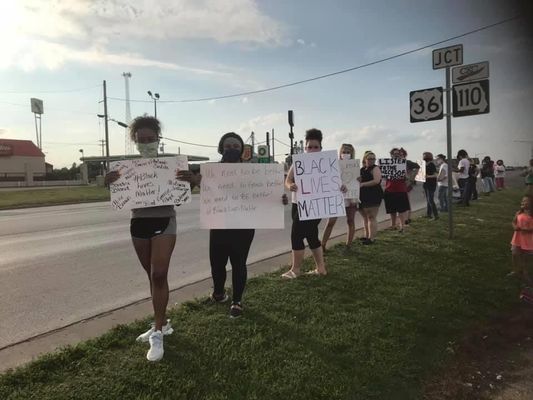 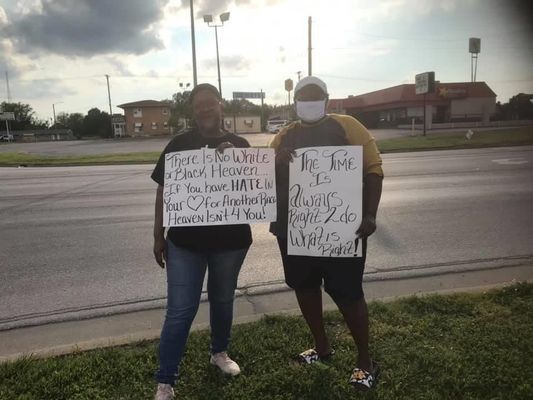 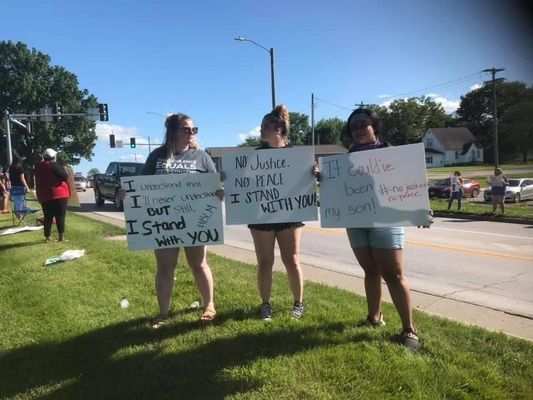 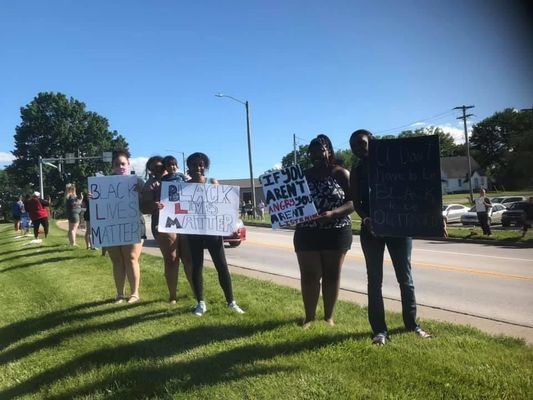 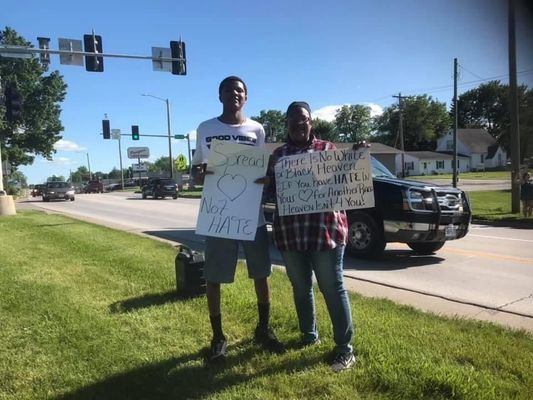 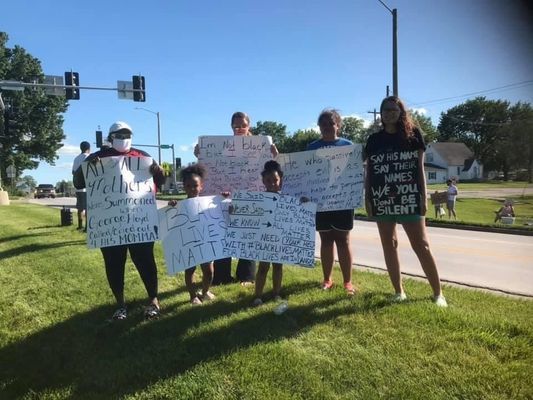 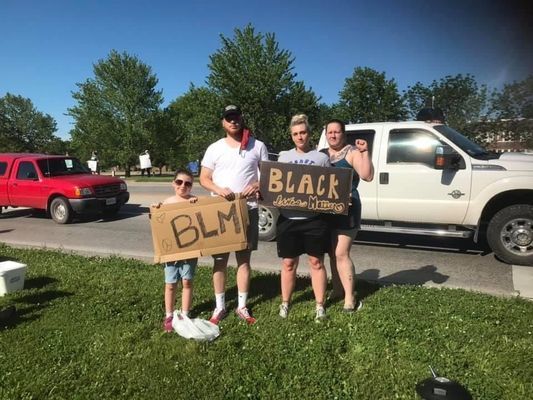 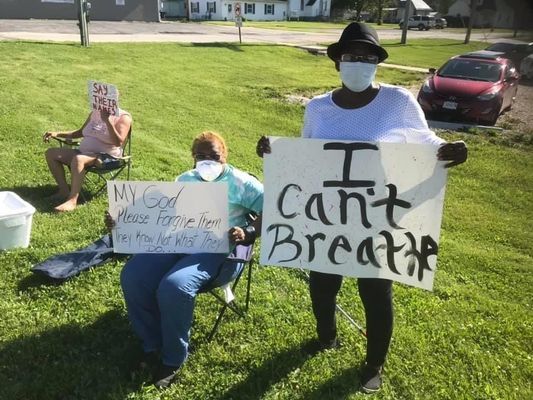 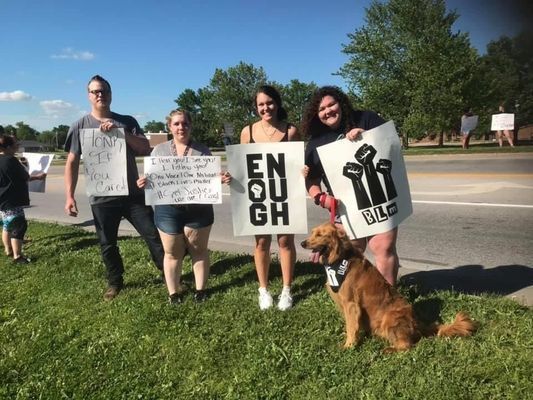 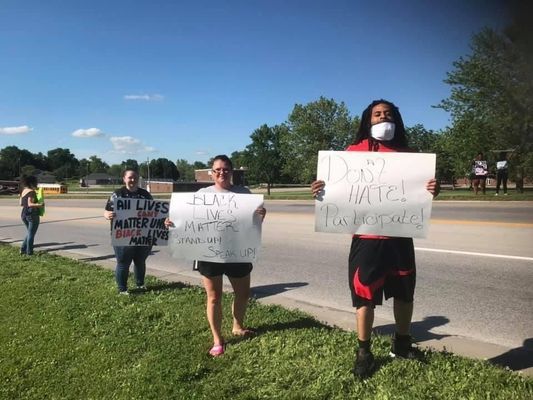 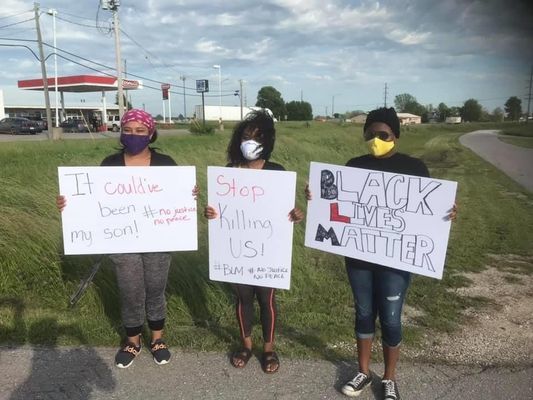 MACON, MO -- Several dozen residents through the week of June 1st - June 5th peacefully protested/marched throughout the city of Macon in support of and solidarity with, the Black Lives Matter movement. Kirksville and Columbia have also seen peaceful protests such as those in Macon. The nationwide protests come after the murders of Ahmaud Arbery, Breanna Cole, and George Floyd. Marchers in Macon chose a different location each day such as the County Courthouse, the Macon R-1 School District, alongisde Highway 36, Orscheln Farm and Home, etc.

We spoke to TJ Cut who organized the week long marches in Macon. Cut expressed that one of the main reasons he organized the peaceful protests was not only to march alongside Black Lives Matter and against Police Brutality, but to show the larger cities that have violence breaking out, that people will focus on the violence rather than the message. "Being peaceful will actually get the word across faster," stated Cut.

The Home Press spoke with several marchers about their message and experiences.

QUESTION #1: Why did you march/protest?

KATY-LOU DAVIS: "I protested to help make people aware one the of issues that POC (People of Color) face during their lives and dealing with police brutality."

TAKIRA DOUGLAS: "I marched/protested because I feel like you need to take action along with advocating education."

QUESTION #2: How did you feel seeing those march/protest with you?

KATY-LOU DAVIS: "While I was protesting I felt proud of the fact that so many came to support the cause. Many are scared to come forward, because they are scared of others judgement and I was able to stand there and represent our community for the voices that are silent and can’t speak up."

TAKIRA DOUGLAS: "I felt a sense of love, understanding and unity which I have not felt before."

QUESTION #3: Was there any counter protests to your protest? If so, what happened?

KATY-LOU DAVIS: "Yes, there were plenty. A couple people flipped us off, some yelled out of their car saying “Black lives DON'T matter”, some put their hats to the side so they didn’t have to see our signs, and even diesel trucks blowing black smoke from their exhaust on us multiple times. But that didn’t stop us from doing what we believe is right!"

TAKIRA DOUGLAS: "Many people flipped us off, blatantly turned their heads so they didn’t have to see, and we had a couple trucks drive-by with Trump signs and covered us with exhaust when they drove by."

QUESTION #4: In the end, what do you want your neighbors, fellow citizens in Macon and the surrounding area to know about you? To know about the cause that you are fighting for?

KATY-LOU DAVIS: "I want everyone to know that POC need to be treated as equals and deserve the same respect. I want them to know that there are those of us faced with racism and discrimination on the daily even if they don’t see it. I protested because I want a life and world where my son and daughters aren’t judged by the amount of pigment that is in their skin. I don’t want them killed because they fit a description or were already guilty on scene before ever seeing a judge. I want them to have a fighting chance to succeed in life instead of having every odd against them."

TAKIRA DOUGLAS: " I want everyone to know that we are not ashamed of the color of our skin and we want equality. This isn't about white people versus people of color. It’s more so: a system versus the people."

QUESTION #5: Black Lives Matter. What does this statement mean to you?

KATY-LOU DAVIS: "BLM means so much more than just black lives....we (POC) have dealt with so much oppression and still are dealing with it. Our lives matter, our grief matters, our pride matters, and our lives matter."

TAKIRA DOUGLAS: "This statement simply means equality. It means we need to be aware of injustices that are occurring and people of color are specifically being targeted."

QUESTION #6: Overall what does your community (Macon) mean to you?

KATY-LOU DAVIS: "The community is my home. I was born here in Macon and have lived here all my life. I want to be treated as a productive member of society as I am."

TAKIRA DOUGLAS: "Macon is my hometown I will always have love for it but me and many other people have experienced racism and that is one of the things that makes it hard to love about Macon."

When asked what more Macon can do in regards to combating racial disparities and injustices, Katy-Lou Davis responded by saying, "I feel as a community we need to be able to give everyone a chance when it comes to jobs and opportunities. We need to realize that there is racism and police brutality in this community. We as a community need to ban together to fight and try to get rid of it. Change minds and you’ll change the world." Additional to Davis' remarks, Takira Douglas emphasized that education itself is the most important thing that community members can do. "I think the community as a whole, we should educate ourselves. We should be taught more African American History in school."

Pictures provided to the paper by TJ Cut.