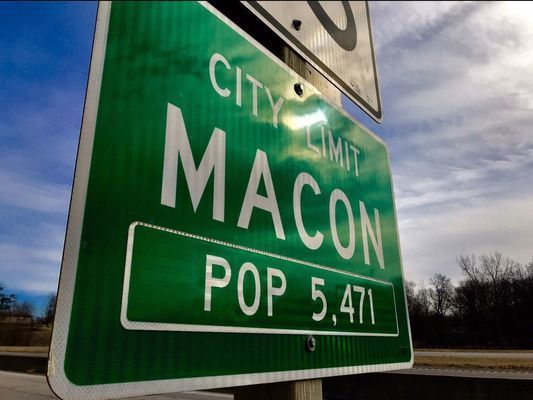 MACON, MO -- With the Coronavirus as the backdrop in the country, the Macon City Council pushed forward with their March 17th meeting. At the meeting, the council would discuss the recommendation from the Planning and Zoning Committee on the Wardell Mansion, the recommendation from Public Works to increase wastewater rates, and the unionization of the Macon Fire Department. The wastewater proposal was to increase the rate by $0.50 per 1,000 gallons; which according to the Macon Municipal Utilities, the residential customer's monthly bill would increase by $1.62 per month from this proposal. The last time that the rates were adjusted was back in March of 2015. At the March 17th, 2020 meeting the Macon City Council voted the proposal down. Ward 2 Councilman Tony Petre stated, "I voted against the wastewater fee increase sent to council by the Board of Public Works due to the uncertainty everyone is facing right now from possible economic impacts from COVID-19. I do not believe now is the time to be raising wastewater fees for our citizens and businesses."

From the Meeting Minutes:

"At the March 17th meeting, City Council was tasked to vote on a wastewater rate increase to Macon residents that was approved on Monday, March 16th by the Board of Public Works. City Council discussed the proposed increase in the wake of the COVID-19 pandemic and how it is affecting our community residents and businesses. After much discussion, City Council was not in support of increasing wastewater rates at this time and the requested ordinance was voted down.

An ordinance was on the agenda requesting the rezoning of 406 Wardell Road from R-1 single family dwelling district to R-4(a) multi-family duplex only district. The Planning & Zoning Committee held a public hearing on March 5th with public comment ultimately in favor of the rezone request. The Committee voted all in favor and City Council upheld their recommendation approving the rezoning.

Our City firefighters have requested recognition of the International Association of Firefighters Local 2671 as their bargaining representative. At Tuesday’s meeting, City Council voted to voluntarily recognize the labor union."