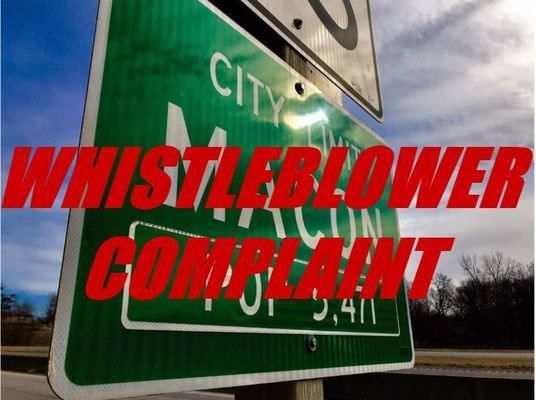 According to the state's website, reviewing the complaint is the first step taken after a complaint has been filed. Each year the Public Corruption and Fraud Division "receive hundreds of tips from citizens, public employees or government officials." The division will conduct an initial review of the complaint to see if the allegations are credible. If the complaint isn't credible, the case is closed. If the complain is credible, there are numerous steps that could then take place. Those steps include:

1. Working with an entity or public official directly to resolve the concern appropriately and efficiently.

2. Referring information to entities with enforcement or administrative duties related to the allegations.

3. Providing to audit staff for consideration in current or future audit work.

4. Working with law enforcement to immediately address activities that appear criminal in nature.

Right now, the whistleblower complaint about the City of Macon is being reviewed, the initial step in the process. In pursuant to state law, those who make a complaint can remain "anonymous until they affirmatively consent to having their identity disclosed," stated by their website. These initial investigations are not audits, although at times, they may lead to the launch of an audit.

For more information about the process, visit: https://auditor.mo.gov/audit-information/public-corruption-and-fraud-division

The Macon Home Press will update the story as the process unfolds and information is made available to us.

Shoulder and Culvert Work Planned for Routes in...