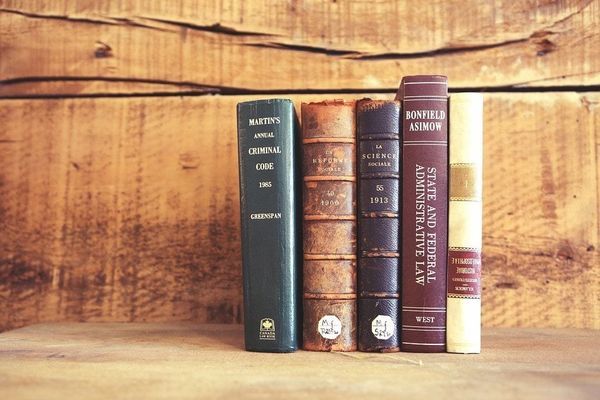 JEFFERSON CITY -- A bill has been introduced in the State Legislature that would force the organization of a “Parental Review Board” in public libraries in order to take action on possible materials that would be deemed sexually inappropriate for minors. House Bill 2044 has been introduced by Neosho State Representative, Republican Ben Baker. The bill is also known as the “Parental Oversight of Public Libraries Act.” Under this bill, a parental review board, comprised of five individuals, would be elected every two years in the geographical area of the public library. The library would inform eligible voters if they lived in the geographical area of the library to vote in the election. “The board shall determine whether any sexual material provided to the public by the public library is age-inappropriate sexual material. To make determination the board shall convene public hearings at which members of the community may present concerns to the board. After receiving comments from the public, the board shall examine individual instances of the questioned sexual material to determine whether it is age-inappropriate sexual material under this section…. The board may order any material deemed to be age-inappropriate sexual material to be removed from public access by minors at the public library,” states the proposed bill.

Furthermore, the proposed Act also states that librarians who “willfully neglect” to perform any duties outlined in the Act, could be found guilty of a misdemeanor and punished by a fine up to $500 or “by imprisonment in the county jail not to exceed one year.”

The Macon Public Library already has a governing body in place: a library board and a director that meet once a month in regards to making decisions surrounding the public library and materials and programs that can be brought into the local public institution. The Library Board is comprised of nine members plus the director. They are appointed by the Mayor and the City Council of Macon. The Shelbina Carnegie Public Library also has an appointed nine person governing board with a director in which the librarians make decisions on materials and programs that come into the institution.

To view the Freedom to Read Statement, visit: http://www.ala.org/advocacy/intfreedom/freedomreadstatement

The proposed bill has received national attention as well as criticism. PEN America, one of the leading organizations in preserving freedom of expression through literature and human rights advancement, was quick to come out against the proposed bill. James Traeger, deputy director of free expression research and policy at PEN America, issued a public statement by saying, “Every reader and writer in the country should be horrified, absolutely horrified, at this bill. The fact that a librarian could actually be imprisoned under this act for following his or her conscience and refusing to block minors from access to a book, that tells you all you need to know about the suitability of this act within a democratic society.” Missourians on Social Media have taken to Baker’s posts about the bill, with some stating that the government should stay out of the way in decisions that parents can easily make in raising their children.

Ben Baker (R) who proposed the bill, issued a public statement, “First of all, the bill is not final language. We have not even had a public hearing yet regarding the bill. We will continue to work on the language to accomplish the wishes of many parents, and to protect our children throughout the great state of Missouri.

Second to clear up any misconceptions, this bill is NOT about banning or censoring books. I am a staunch defender of our First Amendment right to the freedom of speech. But I also believe it is appropriate to protect our children from objectionable sexual material that is not age appropriate.

Also, my bill is not aimed at my local library, Newton County Public Library. Our local library is exactly what a local library should be. My family and I are frequent users of our library and we have never once had any problem with the way they operate.

HB2044 is aimed at oversight of events like the “Drag Queen Story Hours” that have been happening at libraries across our country and in several libraries in our own state. It is also aimed at agenda driven literary content designed to encourage excessive interest in sexual matters.”

“Drag Queen Story Hours” referenced in the above statement, is exactly what the title is: a program where drag queens read stories to children. The program was started in 2015 by author and activist Michelle Tea in San Francisco. Her goal is to “inspire a love of reading, while teaching deeper lessons on diversity, self-love and an appreciation of others.” This program has happened in libraries within St. Louis, Kansas City, and St. Joseph.

Baker has made waves in Missouri Politics before, with just last year, proposing a bill to incorporate Bible Literacy courses in Missouri’s Public Schools. Representative Baker aside from being in the state legislature, was the Dean of Students/Professor of Education at Ozark Bible Institute and former Mayor of Neosho.

As of now, HB 2044 has no scheduled hearing and is currently not on the Missouri House of Representatives’ schedule.

Mizzou classes to be held online through Spring...