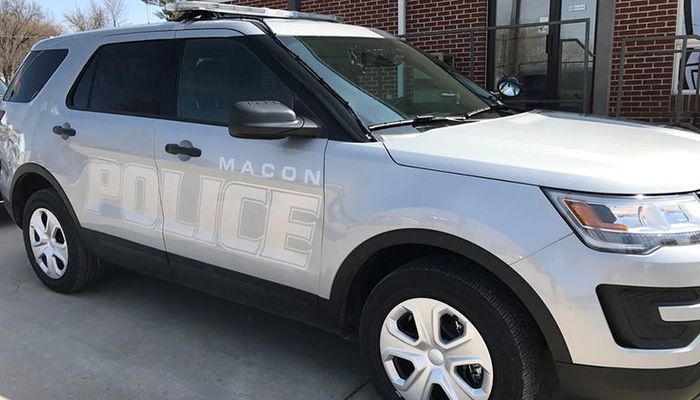 MACON, MO -- The Macon Police Department has officially unionized under Laborers Local 42 Law Enforcement Division. The division mainly represents clients in the Metro Area around St. Louis, all of St. Charles County Law Enforcement, and Corporal and Sgts. in Moberly and Chillicothe. Bill Stark, Director of Law Enforcement Division at Local 42, stated that this union provides a Legal Defense Fund for members that pay dues; which helps cover costs of a lawsuit (civil and criminal) that could be brought against an officer acting within the scope of their duties. Stark stated that they were contacted back in Early November of this past year in regards to the Macon Police Department wanting to unionize. The Union covers Corporals, Sgts., Dispatchers, Bailiffs, etc. within the department. Once the majority of personnel signed to formally organize, the union reached out to the City of Macon to begin collective bargaining negotiations (memorandum of understanding). "The City of Macon has been very cooperative throughout the process," stated Stark.

Bill Stark went on to say that the biggest reason the Macon Police Department chose to unionize is for several reasons: Job security, fair treatment, and possible inequities in the current pay system of the Macon Police Department. Stark emphasized that job protection is their biggest priority including the elimination of "At-Will status" which essentially gives an employer any right to terminate an employee without establishing just-cause. "We don't want to scare anyone with the idea that we are only here to hike up wages," stated Stark.

In closing, Mr. Stark stated that the union will champion local programs in the communities that they are in; "We do sponsorships for local sports teams, programs, etc. We sponsor the semi-pro football team in Chillicothe.”