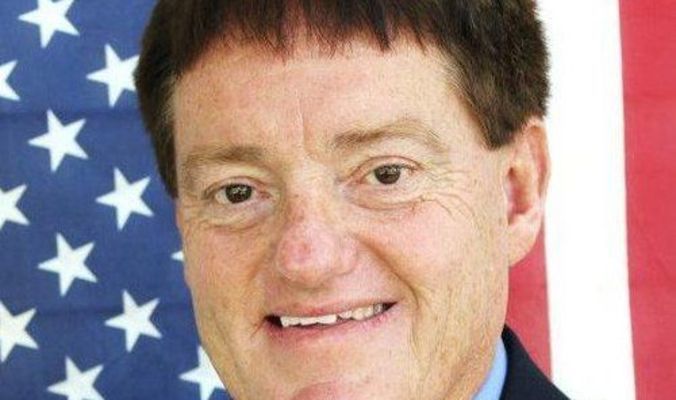 Gov. Mike Parson recently signed an important piece of workforce development legislation into law. It was during the 2019 legislative session that lawmakers approved the bill, which contains several provisions meant to prepare Missouri’s workforce for good-paying, family-supporting jobs, and to attract new job creators to the state.

Parson said, “This legislation gives us the tools we need to be more competitive and shows companies everywhere that Missouri is open for business. We’re excited about this great step forward and will continue to invest in Missouri workers, help companies grow, and keep quality jobs here in our state.”

Fast Track is designed to fill workforce gaps in high demand industries by providing financial aid for adult learners. Fast Track will give adults whose income is below the Missouri average an opportunity to gain skills that boost their earning potential and prepare them for work in high-demand occupations. The program will provide short-term training in fields like manufacturing, nursing, welding, and information technology. It will also help students complete degrees in majors that prepare them for work in high-demand fields.

Missouri One Start is meant to improve Missouri’s workforce programs that help businesses recruit and train large numbers of job applicants during major expansions. The changes made to the programs will make them easier for businesses to navigate. They will also enact performance-based funding for training providers, and claw back protections for taxpayers.

Missouri Works – Deal Closing Fund gives the Missouri Department of Economic Development an additional tool to bring new jobs to Missouri. The bill modifies an existing state program to establish a closing fund the department can use to make agreements with companies to create new jobs in the state. It will enhance the existing Missouri Works Program, which helps businesses access capital through withholdings or tax credits to embark on facility expansions and create jobs. The program includes a claw back provision to provide protection to taxpayers.

Automotive Economic Development Tools contained in the bill will help retain automotive jobs by granting tax credits to auto manufacturers that invest $500 million or more in plant upgrades and agree to retain jobs. The bill will provide $5 million annually in credits for 5 years, and a company could qualify for an additional 5 years of credits if it makes an additional $250 million investment. The program also contains a claw back provision to protect taxpayers. The bill is in part meant to incentivize General Motors to make a $750 million expansion to its plant in Wentzville.

The legislature’s efforts to protect vulnerable young people in Missouri took an important step forward recently when Gov. Mike Parson signed HB 397 into law. The bill will protect underage victims of sex trafficking and implement a host of other provisions meant to ensure the health and wellbeing of children in all parts of the state.

The sponsor of the bill said, "With Governor Parson's signing of HB 397, we are bringing Missouri in line with federal law, giving additional tools to law enforcement to crack down on those who are selling and buying our children, and taking another step to ensure justice for victims of sex trafficking.”

The legislation started as a vehicle to ensure young people who are forced into prostitution aren’t further traumatized by facing criminal charges. Current law in Missouri makes it an affirmative defense for a minor charged with prostitution to have been acting under coercion at the time of the crime. House Bill 397 will remove the coercion requirement and make it an affirmative defense that the defendant was under the age of 18.

The legislation will also allow a person guilty of prostitution while a minor to apply to the courts to have records of that crime expunged. In addition, it will add some offenses related to child abuse and sex trafficking to the state law’s definition of “pattern of criminal gang activity.”

Over the course of the 2019 legislative session, the bill grew in scope to become a comprehensive child protection measure. The bill also includes:

Hailey’s Law, which is meant to better protect children by improving the state’s Amber Alert system.

Simon’s Law, which prevents do-not-resuscitate orders from being issued for Missouri children without parental approval.

Improvements to the state’s child fatality review panels, which will help save the lives of young people by allowing the panels to share vital information.

In signing the bills, the governor said, “During this year’s session, we made major progress improving Missouri’s business climate. He added that the signing is “a great step in bringing fairness to our courts and giving Missouri businesses the opportunity for competitive economic growth."

SB 7 comes in response to Missouri’s existing laws on joinder and venue that have made the state a premier destination for out-of-state litigants to file their lawsuits. The bill modifies provisions of civil procedure regarding joinder and venue. It restricts the ability of plaintiffs with no connection to Missouri from bringing mass and class action suits to the state. The legislation is meant to reduce cost and increase access for Missouri residents to the court system by reducing the number of cases filed in Missouri courts by plaintiffs with no connection to the state.

SB 30 allows evidence of failure to wear a seatbelt to prove comparative negligence, causation, absence of defect, and failure to mitigate damages.

As always, it is an honor to serve you in the Missouri House. If you would like to discuss any issue, please call 573-751-6566. You can also email me at tim.remole@house.mo.gov I look forward to hearing from you. To be added to our Capitol Report email listing, please send a request to shana.beasley@house.mo.gov