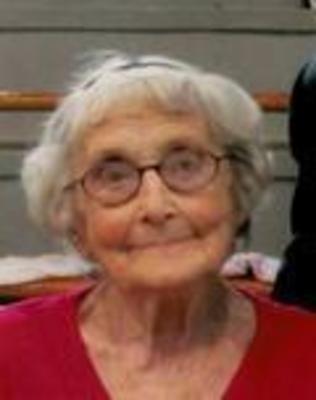 Born October 13, 1930 in Kirksville, Missouri, Arlene was the daughter of the late Orville Alford and Ruby Mae (Collop) Fowler. On October 4, 1948 in Benton, Arkansas, Arlene was united in marriage to Paul Leon Hill who preceded her in death on December 8, 2008. She was also preceded in death by one sister, Cora Mae Lile and a brother in infancy.

Arlene was a graduate from Greentop High School. For thirteen years Arlene was employed for McGraw Edison before going to work for Countryside Nursing Home in Kirksville, where she was employed twenty-five years until retiring. After retirement, Arlene loved volunteering for Busy Bee's at Brashear school and had a great love for the children. She was very loved and will be forever remembered by her children as "Nanny".

by Travis-Noe Funeral Home of Kirksville.

Memorial donations in memory of Arlene may be made to Willmathsville Cemetery or to the Brashear Scholarship Fund and may be left at or mailed to Travis-Noe Funeral Home, P.O. Box 306, Kirksville, MO 63501.