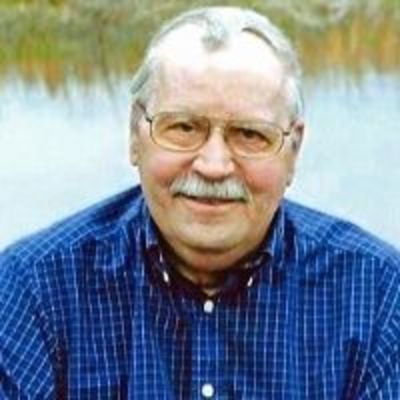 Ed was born on August 21, 1944, the son of Robert Leroy and Mildred Lucille Sandifer Pollard. He was united in marriage to Lola Mae Hunolt on December 9, 1977, in Clarence, Missouri.

Ed was in the family locker business for 45 years. As a meat cutter, he had quite the steady hand and no one could cape a deer as well as him. He once even saved a lamb from a sheep he was butchering and raised her. His family had lockers in Barry, Illinois, Memphis, Missouri and in 1962 they purchased the locker in Shelbina and operated it until 1994. After they sold the business, he worked for Northeast Veterinary Clinic and then Lumley Locker in LaBelle until his retirement.

He attended Bethel High School. He enjoyed NASCAR, going to car shows, and knew a lot about classic cars. Ed liked to deer hunt, go on country drives, and feed the squirrels. He enjoyed playing pool, cards with Harv and Marlene, and watching game shows. Most of all, he loved his family, his devoted wife, his kids, and his grandkids.

He was preceded in death by his parents; one sister; Mary Carol; four brothers-in-law, Gilbert Farrell, Kenny Hunolt, Bill Baymiller, and Steve Robertson.