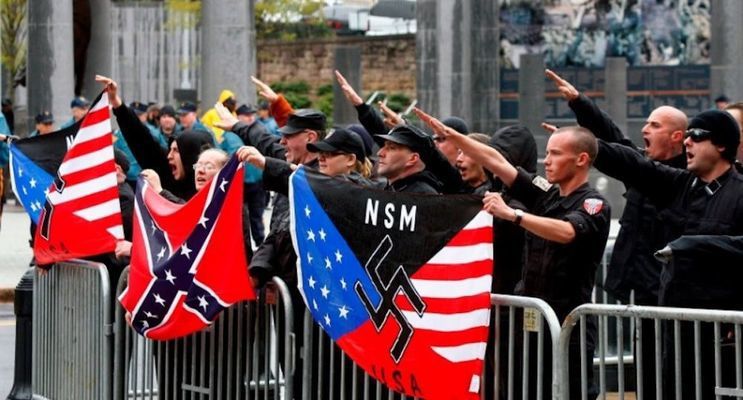 In Missouri, hate groups have risen roughly 20% since 2014, from 19 groups reported by the law center four years ago to 24 groups in 2018, including a Neo-Nazi Group in North-central Missouri. Other hate groups around Missouri are multiple chapters of White and Black Nationalism, Racist Skinheads, Anti-Muslim, and Neo-Nazis.

The Federal Bureau of Investigation (FBI) hasn't released their 2018 report on hate crimes in America, but from previous years, from 2014 to 2017, hate crime incidents in America rose roughly 23% from 5,479 reported incidents in 2014 to 7,175 incidents in 2017 - reported by law enforcement agencies around the nation. FBI statistics also show a decrease in incidents from 2011 to 2014 and an increase from 2015 to 2017. Also according to the FBI's report of hate incidences in 2017, a little over 58% of the incidents that were reported were based on race, 22% based on religion, and 15.9% on sexual orientation. The majority of those who were targeted in the incidences reported were African Americans, the Jewish Community, and members of the LGBT Community. In August of 2017 was the Charlottesville Protests in which White Nationalists held a "Unite the Right Rally" which resulted in dozens of injuries and the death of a young woman protesting the nationalists and the deaths of two Virginia State Police Officers.

To view the Southern Poverty Law Center, click on the link: https://www.splcenter.org/hate-map?state=MO

To view the FBI's Hate Crime page, click on the link: https://www.fbi.gov/investigate/civil-rights/hate-crimes