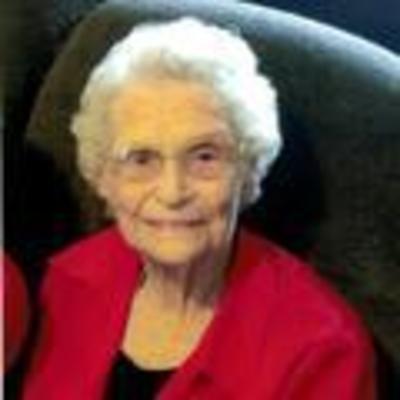 Helen was born October 7, 1920 in Pure Air, Missouri, the daughter of the late Charley and Clara Belle (Thomas) Daniels. On December 18, 1940 in Kirksville, Missouri, Helen was united in marriage to Orville Lee Harden who preceded her in death on July 20, 1982. She was also preceded in death by one son, Larry Harden; two brothers, Walter L. Daniels and Charles Junior Daniels; three sisters, Pauline Klingsmith, Veva Cook and Miranda Pope; one daughter-in-law, Denise Harden and a son-in-law, Larry D. Williams.

Helen received her education in the Golden Rural school. After her marriage to Orville, they resided in the Bute Community in Sullivan County. In 1950 they moved to the Pure Air Community where they farmed. In 1956 they moved to Ringo Point Community to make their home.

Helen helped Orville on the farm, enjoyed quilting, and spending time on family genealogy with her sister-in-law Verneta Daniels. She loved her family and time spent with her grandchildren, great-grandchildren, and great-great grandchildren.

Helen was a member of the Pure Air Baptist Church.

Public visitation is in progress and family will receive friends this evening, Monday, January 28, 2019 from 6:00 to 8:00 p.m. in the chapel of Travis-Noe Funeral Home in Kirksville.

Funeral services will be held 2:00 p.m. Tuesday, January 29, 2019 at Travis-Noe Funeral Home with Pastor Andy Cordray officiating. Music selections will be provided by her granddaughter, Kim Henry. Interment will follow the service at Pratt Cemetery, southwest of Novinger.

Expressions of sympathy in memory of Helen Harden may be made to Pratt Cemetery and may be left at or mailed to Travis-Noe Funeral Home, P.O. Box 306, Kirksville, MO 63501.