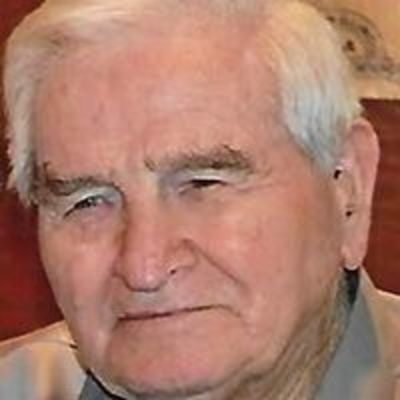 Vince was an Army Veteran, serving in the Korean War. He was employed by the Sale Barn in Brunswick, Missouri, for many years and later the Moore Fan Company in Marceline, Missouri, where he retired at age 79. He valued his great friendship with the Moore family and his coworkers. He was also a small livestock farmer while in Brunswick and enjoyed tending to his large garden while living in Marceline. Because of this, he always enjoyed following the local weather conditions. Faith and family defined his life. Vince was a member of St. Boniface Catholic Church in Brunswick, St. Bonaventure Catholic Church in Marceline, and Immaculate Heart of Mary Catholic Church in Galesburg. Rarely did you see Vince without the love of his life Betty by his side, always holding one another's hands wherever they went. He loved her cooking and her strength. He taught his children the values of hard work, unselfishness, honesty, and kindness. His smile was infectious and full of joy. Vince was known to make his grandchildren handmade trinkets throughout the years and always made them laugh. He loved to play cards with family and friends. His backyard was often frequented by many birds and stray cats that he left food out for, much to the dismay of his wife.