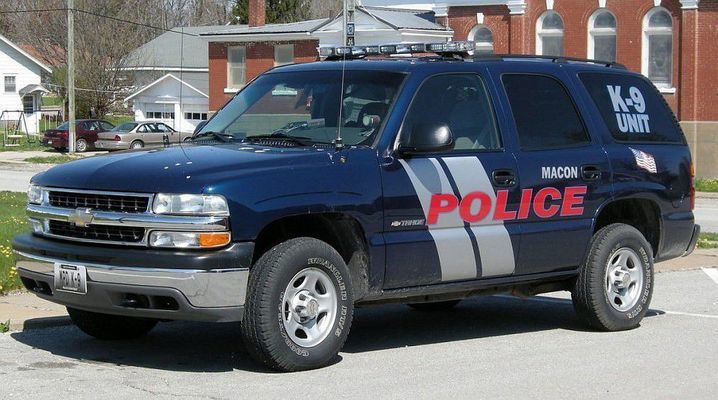 the officer was conducting preventive patrol around Macon Lake area when

restrooms after lake hours. The officer exited his patrol vehicle to

pockets. The officer removed his duty weapon from his holster for

officer safety and called for backup. He was then struck from behind by

a second suspect and knocked unconscious. When backup arrived, the

officer was found to be unconscious with his handgun laying near. EMS

medical treatment at an area hospital. Assistance from area law

Troopers, K-9 and Air units as well as area Deputies and Sheriff from

the Macon County Sheriff's Office. The three agencies worked together

information will be released only by this department when deemed

appropriate. Anyone with information is asked to please call the Macon