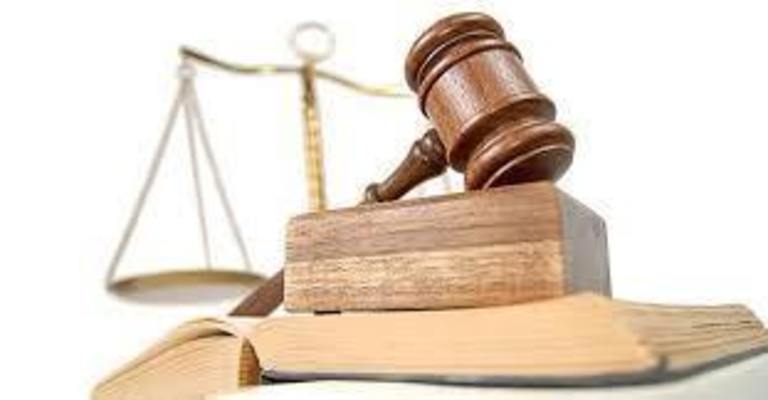 After receiving our own copies of relative records from the Supreme Court, Ethics Commission and responses from both campaigns, we hope voters find this article, informative. The Macon County Home Press does not endorse any campaign for political office.

In four counts, the Missouri Supreme Court and the Commission on Retirement, Removal, and Discipline, charged Macon County Associate Judge Philip Prewitt with acts of misconduct under Article 5, Section 24, of the Constitution of the State of Missouri in October of 2015. Republican Judge Philip Prewitt previously won re-election in November of 2014 and is now back up for re-election this November, facing off with Independent Kristen Burks.

In Count 1 the court/commission found Judge Prewitt in “violation of Canon 2-4.1(D) which requires that a judge not engage in any other political activity, was an impropriety or the appearance of impropriety in violation of Canon 2-1.2 and was misconduct under Article 5, Section 24, of the Constitution of the State of Missouri.” To warrant those conclusions, the Supreme Court laid out in a detailed memorandum/record that Judge Prewitt sent a threatening text message to Circuit Clerk Candidate, Kristy Lea, threatening her with his involvement in her race if she didn’t remove his (Judge Prewitt) opponent’s sign from her yard - “If you come out against me, I have to come out against you. You know you will not win if I do that,” stated Judge Prewitt in a text message in the summer of 2014.

In Count 2 the court/commission “concludes that such Facebook postings are in violation of Supreme Court Rule 2, Canon 2-1.3, which provides that a judge shall not abuse the prestige of office to advance the personal or economic interests of others, Canon 2-3.7(A)(1) that provides that a judge shall not personally participate in the solicitation of funds or other fundraising activities, Canon 2-3.7 (A)(5) that proves a judge shall not permit the prestige of office for fundraising or membership solicitation, and is misconduct under Article 5, Section 24, of the Constitution of the State of Missouri.” To warrant those conclusions, the Supreme Court laid out in a detailed memorandum/record eleven Facebook posts made by Judge Prewitt in which he was posting about his donation to local organizations/charities as well as, encouraging the public to do so as well. One example would be a Facebook post stating, “I am happy to be supporting Ray of Hope Pregnancy Center again at their fundraising dinner. Even if you didn’t attend, consider donating to this wonderful organization” - the post was accompanied by a picture. {Please see the memorandum in full, for all counts and verbiage}

In Count 3, the court/commission finds Judge Prewitt in “violation of Canon 2-1.2 in that respondent (Judge Prewitt) failed to promote public confidence in the judiciary, and Canon 1 in that respondent failed to uphold judicial integrity and thereby created impropriety and the appearance of impropriety, and was misconduct under Article V, Section 24, of the Constitution of the State of Missouri.” To warrant those conclusions, the Supreme Court laid out in a detailed memorandum/record that Judge Prewitt on or about September 3rd, 2014, posted on Facebook, “Unlike many judges, I am very open about decisions I make in cases because I am proud of the work I do.” The Commission stated that the Facebook Post was “unfairly critical of the integrity of other judges in the circuit.”

Finally, in Count 4, the court/commission finds Judge Prewitt in “violation of Canon 2-2.10 that prohibits a judge from making public comment on a pending or impending case that might reasonably be expected to affect the outcome or impair the fairness of the matter pending or impending in any court, and is misconduct under Article 5, Section 24, of the Constitution of the State of Missouri.” To warrant those conclusions, the Supreme Court laid out in a detailed memorandum/record that Judge Prewitt in open court during the case, State v Joseph Lewis, “questioned the prosecutor about the strength of the state’s case, stated that he did not want to hold up the defendant unnecessarily from playing high school football, and that he wanted the case disposed.” That statement was influential in the decision by the prosecutor, to file a change of judge motion.

In 2016, after an investigation took place, the Missouri Ethics Commission determined to hold a hearing after the investigation determined a reasonable conclusion that indeed, “a violation of law occurred.” After stating their findings in an official memorandum, the Missouri Ethics Commission In Count 1 (Committee Requirements) found that Judge Philip Prewitt “violated sections 130.021.4(1) and 130.021.8, RSMo, by failing to maintain an official depository account in the committee’s own name (re-election committee), and by failing to close Respondents’ (Prewitt) official depository account together with a termination report and statement accurately reporting the disposition of surplus funds and money on hand. In Count 2 (Failure to accurately report contributions), the Missouri Ethics Commission found that Judge Philip Prewitt “violated sections 130.041.1(3) and 130.021.4, RSMo, by incorrectly reporting a contribution of $31,132 as a monetary contribution on the 48 hour disclosure statement, and reporting receiving and repaying a monetary loan of $31,132 when that amount was not monetary loan deposited into Respondents’ (Prewitt) official depository account of REspondent Committee to Re-elect Judge Prewitt. Both Counts were in violation of Missouri State Statute(s) as listed above.

After reaching out to the judge about the Judicial Misconduct found by the Missouri Supreme Court, the Associate Judge responded to questions about impartiality, sending a threat to involve himself in another campaign, fairness, etc. he issued the following response, “Ben, The Commission on Retirement, Removal and Discipline is established by the Missouri Constitution to hear complaints about judges. The Commission received some complaints about me several years ago and contacted me about them. The activity included sending text messages to my former long-time law office secretary asking her to take my opponent's campaign sign out of her yard or I would support her opponent in her election; posting on Facebook in a way that was considered fundraising or membership solicitation for Relay For Life, Ray of Hope, and other local groups; posting on Facebook about my decisions compared to other judges; and questioning the strength of a criminal case against a young, black man. You can read the full details in the paperwork you sent me. I agreed that they were valid complaints that violated certain Supreme Court Rules – not the Constitution - and consented to a public reprimand for what I did. Reprimand is defined in the dictionary as being officially criticized for doing something. I thought it was an appropriate conclusion to the complaints. A reprimand does not change the fact that my record as a judge is very good. You can look at the printout from the State of Missouri I posted on my campaign Facebook page as proof of the good job I'm doing. A reprimand also does not make it unfair for me to hear legal matters. If the Supreme Court thought a judge should not continue to serve, that would have been the punishment. In my case, it was not. I was reprimanded, which is the lowest level of punishment. That does not disqualify me from still being a good judge, and my record proves that I have been a very good judge for Macon County. Judges are impartial, but every judge brings biases to the bench. It is human nature, and judges receive training on how to handle those biases in court. However, the rules provide relief for that situation when someone thinks a judge can not overcome his or her biases and be impartial. Under the rules, every person has the right to a change of judge if you have concerns about your judge. The same would be true for me if anyone had concerns about my impartiality. I do not think my impartiality is a problem because I have had people who have supported my opponent, and even filed complaints against me, appear in front of me and accept Judgment from me without any problem. If you have any other questions or concerns about this matter, please contact me. With best regards, Philip Prewitt.”

After inquiring about the ethics violations found by the Missouri Ethics Commission, the Judge issued the following response to us, “Ben, The Missouri Ethics Commission handles matters related to political campaigns. The Commission did an audit of my campaign bank account several years ago and found that I had not closed it after the last election.The Commission also found that I had not deposited a loan I had made to my campaign in my campaign bank account. These were minor violations of the campaign rules. The Commission recognized this and, after I corrected my disclosure reports, the complaint was closed with no further action taken on the violations. If you have any other questions or concerns about this matter, please contact me. With best regards, Philip Prewitt.”

Finally, after reaching out to Kristen Burks with releasing the website, etc. she issued the following response, “The issues that brought about the Missouri Supreme Court reprimand and Missouri Ethics Commission ruling are some of the same issues that led to my decision to run for associate circuit judge. These rulings and documents are made public for a reason. Voters should have access to information relevant to the decision they have to make on November 6th. The documents on the website speak for themselves. The Missouri Supreme Court and the Missouri Ethics Commission have judged his conduct, and now voters can review this information and judge for themselves. Since I began my campaign in April, the goal has been to introduce myself to as many voters as possible. Throughout the spring and summer I have been able to do that at community events, parades, festivals and fairs, but the real key is just going door-to-door and visiting with voters. I get home from work in the late afternoon or evening, change my clothes, fill up my water bottle and hit the pavement, literally. People in this county have been so kind at these front porch meetings. I know that I have interrupted meals, tv programs and even naps, but folks are universally welcoming, no matter what they were doing when the doorbell rang. Until November 6th, I will continue doing what I have been, which is going to work every day, and every evening meeting as many voters as possible. I hope everyone who is eligible will be sure to vote on November 6th. Yours truly, Kristen”

On November 6th, voters in Macon County will head to the ballot box and cast a vote, in which they will decide on the Associate Judge’s Race (among several other races) - voting for either Judge Prewitt or Attorney Kristen Burks. Official documents pertaining to the information above, can easily be accessed and viewed through the Missouri Supreme Court and Missouri Ethics Commission - all records are public.

Road to Close for Culvert Replacements on Route...