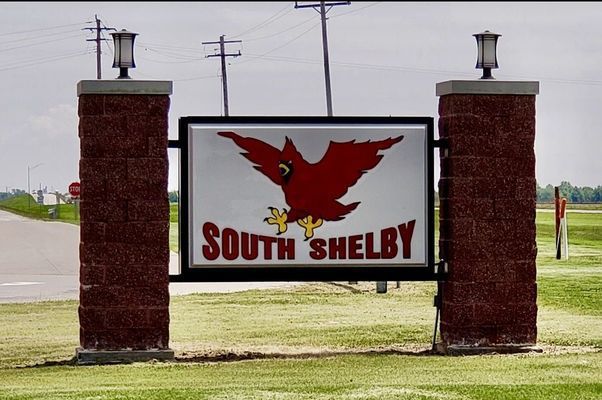 On May 31st, 2018, we received information from Shelby County R-lV Superintendent, Tim Maddex, regarding his recent visit with DESE, accompanied by three board members: Aaron Gaines (President), Jim Foster, and Jarrell Foreman. Mr. Maddex forwarded this same informational sheet to the staff of the Shelby County R-lV School District, making them aware of the possible impacts that redistricting may have on the school district - should it be approved and passed in August. The following is the letter in its entirety:

Proposition 1 is a ballot issue on August 7th, 2018 that if passed would redistrict the western portion of the Shelby Co. R-IV School district into the Macon R-1 School District. This was placed on the ballot using State Statute 162.431, which allows for petitioners who can attain signatures equal to 10% of the prior school election ballots cast to petition for a boundary change.

​​-Loss of State Aid Due to loss in Average Daily Attendance ​

​-Loss of Federal Aid, which will require the state to do a new poverty census​​

​​-Increase of Local Tax Rate due to the loss of Assessed Value.

1) If the ballot issue is defeated in both school districts, no changes will take place

2) If the ballot is defeated in one of the school districts and passes in the other district the ballot issue then can be appealed to the Missouri State Board of Education, within the next 15 days. The appeal can come from either school district or by a majority of signers of the petition requesting a vote on the proposal. The appeal would go before a Board of Arbitration composed of three members, none of whom can be a resident of either district. The arbitration hearing will be held in a neutral location and school districts can be represented by legal counsel. The board of Arbitration Hearing has to take place within 20 days of the appointment by the State Board of Education. A decision by the Board of Arbitration shall be rendered not more than thirty days after the matter is referred to the board.

3) If the ballot passes in both school districts it becomes effective immediately.

Board of Arbitration Information:

​The Board of Arbitration that is appointed by the State Board of Education shall base its decision on the following three criteria:

1) The presence of school-aged children in the affected area

2) The presence of actual educational harm to the school-aged children, either due to a significant difference in the time involved in transporting students or educational deficiencies in the district which would have it boundary adversely affected

3) The presence of an educational necessity, not of a commercial benefit to landowners or to the district benefitting for the proposed boundary adjustment.

Impact on Fund Balance, Cost of Building, Equipment and Debt:

Both school districts shall make a just and proper adjustment and apportionment of all school property, real and personal, including moneys and alike apportionment of indebtedness, if any, to and among the school districts. In making the adjustment and apportionment of property and indebtedness mentioned in above the assessed value of land acquired by to taken from the districts, as compared with the assessed value of the other land in the districts, as well as the value of the school grounds, together with the buildings thereon, and the furniture and equipment there-in, and any other school property in the districts, shall be taken into consideration in determining the amount, if any, that shall be paid by one district to another or in the apportioning the indebtedness, if any, that shall be assumed and paid by any of the districts. The adjustments and apportionments of property and indebtedness shall be made by the school boards of the several districts concerned, before or during the first school year after the boundaries are changed. (RSMO 162.031) This means that the districts would have to decide on what each district would get and the cost for these items. This piece of the agreement can be resolved using legal counsel. As stated in court case, Hermitage R-IV School District vs. Hickory County R-1 School District, when the transfer of apportionments took place, it forced Hickory County R-I to have to increase it’s taxation to it’s patrons to meet the requirements to pay off the agreement between the schools. It is of the opinion of Mickes O’Toole Law Firm that “the two districts will be required to apportion district assets and indebtedness. South Shelby would be losing both real property as well as a portion of the increased revenue stream generated by the recent tax levy”. “Missouri courts have not examined the transfer of a tax levy obligation from a portion of one district to another. However, in the present case, the tax levy approved by voters on April 3rd was passed in order to repay the construction debt associated with the construction of the new elementary school building in Shelby School District… The voters within the existing boundaries of the District approved the tax levy to repay the cost of the elementary building, ultimately approving indebtedness in excess of $7.5 million over a twenty (20) year period. As such, if a portion of the Shelby School District is transferred to the Macon School District, the districts MUST take into consideration the indebtedness that the voters approved in order to build the new elementary school building and the revenue stream to repay such debt. If Macon school district receives South Shelby’s school buildings and other assets, Macon is also obligated by statute to be apportioned the indebtedness of Shelby. Based on prior court holdings and the language of the state statutes, it would be reasonable that the court would recognize the tax levy utilized to repay the cost of the school infrastructure as indebtedness. As such, the tax levy approved by voters prior to any annexation or change to boundaries of Shelby School District may be included in the appropriation and payment by Macon to Shelby”

Nonresident students may be permitted to attend the District schools upon payment of tuition provided the student is not barred from enrollment by provisions of the Safe Schools Act. Tuition rates will be determined annually by the Board of Education on the basis of the per-pupil cost for the preceding year including operation, maintenance, and debt service of the schools. (Board Policy 2240) Current tuition rate is set at $7,800 per year per student for the Shelby County R-IV School District. School district can wave tuition rates, but open themselves up for liability and discrimination lawsuits so it isn’t recommended that the Board of Education approve a waiver. If redistricting would occur, students in redistrict area would be required to pay tuition or if the new school is getting State Aid for those students, then the school district would be on the hook for the tuition costs for those students.”