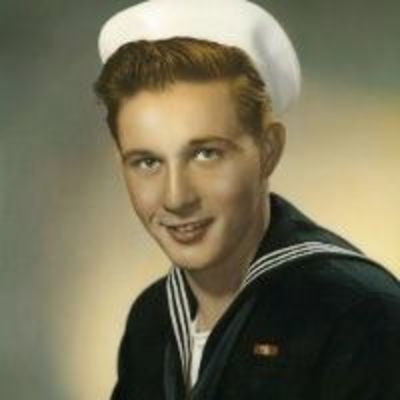 Wayne was born on December 25, 1936, the son of John R. Terrill and Virginia E. (Wright) Terrill Amidei. He was united in marriage to Shirley A. Cosby on August 15, 1997, in Ethel, MO. Wayne served honorably in the United States Navy during the Korean War and served duty in Vietnam, before retiring in 1972 as an E-7 Chief Petty Officer. He enjoyed spending time with his family and his grandchildren.

Wayne is survived by his wife, Shirley of the home; one daughter, Theresa Terrill and Willie Smoot of Macon, MO; one step-daughter, Terri Cross and her husband Rick of Bevier, MO; three grandchildren, Darrell, Tessa, and RyeLee; two step-granddaughters, Shelby and Natisha; one step-grandson, Nathan; one great-grandson, Jayce; one brother, Larry Amidei and his wife Shirley of Macon, and several nieces, nephews, in-laws and extended family.

He was preceded in death by his parents; one grandson, Andrew; one sister, Patricia Ford; and one step-son, Larry.

Graveside service, with full military honors, will be held 11:00 am, Monday, June 3, 2019, at the Missouri State Veterans Cemetery in Jacksonville, MO, with Rev. Scott Dalrymple officiating. The family suggests memorials to the Randy Johnson Memorial Fund. Arrangements are under the direction of Hutton & McElwain Funeral Home in Macon, MO.