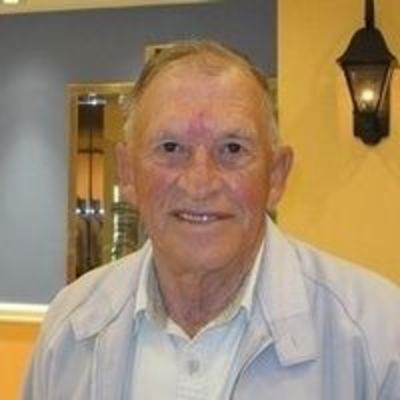 Bennie had worked for the Santa Fe Railway Bridge and Building and was a member of the Maintenance of Way Union.

He is survived by his wife Shirley Pope of the home in Marceline, two sons, Alan R. Pope and Debra of Hardin, MO and Shawn E. Pope and Lauri of Indianapolis, IN, daughter Michelle Lodder of Cameron, three brothers, Chesley Pope and Mary Esther, Clyde Pope and Jeanine, and Roy Pope all of Marceline, sister Susie Johnson of Marceline, eight grandchildren, Michael and Nicholas Pope, Raegan, Kenneth and Hudson Lodder, Amanda Jo, Jessica Lynn and Erica Dawn Pope and twelve great grandchildren. He was preceded in death by his parents, infant daughter Jamie, and brothers, Fred, Raymond, Willard, Kenny and Donald.

Funeral services will be held at 2:00 PM Sunday, December 30, 2018 at the Delaney Funeral Home in Marceline with burial in Locke Cemetery south of Marceline. Visitation will be held from Noon until service time on Sunday. Memorials may be made to Marceline Nutrition Center or Locke Cemetery and mailed to 1720 N. Missouri Ave., Marceline, MO 64658.